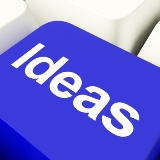 I was telling a friend recently how my late mother-in-law refused to eat squash. Why? Because she’d tried it once and found it repulsive? No. Because she didn’t like the name. “Squash” she’d say in a disgusted tone as though no one with any kind of decent upbringing would consider it either. Almost like she’d have joined with anti-squash tyrants to storm the streets if only someone would volunteer to organize it all. This  got me to thinking and you  know what that means.

Here are 5 things I suggest you try. I’d say “before you die” but every minute you stay breathing is before you die so I’m not going to say a dumb thing like that.

Peking Duck – Yeah, it was right there on the menu last Tuesday when you were out to dinner but you passed it up, didn’t you? Poor duck. All tiny and crispy and loaded with fat. Sauced up, too. Deep down inside something said "Try Me", but you wimped out. Again. This meant that Dutchie the dumpster diving rat and his brother, Ralph, always at the ready, got to gobble it down out behind Louie’s New #1 Asian Delight Cafe later that night. Why should that happen? Try the Peking Duck next time. One time – that’s all I’m saying.

Pennies – Try saving one a day for a whole week. Okay, that only adds up to seven cents by next Monday. I know, not much. BUT now that you have that saving principle firmly embedded in your psyche you can move on to two pennies a day. By the end of the  year you’ll have almost eight dollars (I think) in pennies and you’ll be musing, “Well, how dumb was that? What the devil do I do with all these pennies?” But maybe you’ve got big plans for that money, what do I know? Start with one a day– that’s all I’m saying.

Dancing – Do it in the kitchen. Go find Chubby Checker’s “The Twist” and let ‘er rip. Even if you’re still in your jammies, do it. So freeing. One caution, though. If there’s a blob of jelly somewhere on the floor, try to dance around it. Could be, if you got carried away with one of your signature moves, you might hit that jelly blob and find your feet going in a different direction than the rest of you. And if you’ve forgotten to wear your nifty little fallen-and-can’t-get-up necklace (now available in electric blue) it might not end well. When they find you two days later that jelly won’t be good to anybody – even Dutchie and Ralph. But do dance in the kitchen – that’s all I’m saying.

Listen – Now, I’m not suggesting that you try to become a better listener. No. That would be cruel. Because I already know you’re a good reader – you’ve come this far. Wait. That doesn’t make any sense. Okay, forget what I just said. Stop right now and listen. Is the television on? Is a bird singing? Is someone yelling “Wolf!” in a crowded theater? Just try listening. It will make you a much better reader – that’s all I’m saying.

Grow Something – I sent a friend some basil seeds last spring and I think she planted them. She hasn’t told me whether the plants are overtaking the house, you know, like in “Little Shop of Horrors”? I hope not. But, if you don’t want to grow an herb or corn or rocket flowers, try skin tags. All you have to do to get a nice crop of these (most notably on your neck) is to keep breathing. It takes a while, but hang in there. Same goes for warts, liver spots and nose hairs. All I’m saying is Try growing something, anything.

So that’s what I’m thinking this morning. If one of these helps you become a better person, drop me a line. And Cindy, if you read this, do let me know about the basil. Okay? Speaking for my mother-in-law I know she’d want to know. She never would have tried it. 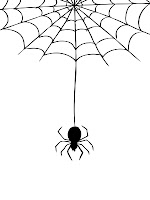 Over the weekend, while cleaning the living room, I found it necessary once again to do some spider eradication via my trusty vacuum. It made me think of this post and I thought you might like to re-visit it – you  know – in case you find yourself in similar straits one day this week. It will give you strength.

Isn’t it amazing, amazing I tell you, how stealthy spiders are? And, gosh, the places they choose to live. For instance . . .

Yesterday was the day I decided to take down the sheers in the dining room for a wash. These are the new, on Sale at Penney’s, sheers I bought last year in anticipation of painting that room. That hasn’t happened yet but I put the sheers up anyway just to cheer myself. It’s been a while so down they come and I bundled them in my arms and even though they were slip-sliding away in every direction eventually I wrestled them all into the laundry room. Unbeknownst to me I had guests.

With water running into the machine, I poured in the detergent and began to load the first pair of sheers. As I reached down into the basket, which butts right up to the machine, I came up short. There on the white enamel surface, two inches from my nose, she sat. Or bounced. Danced maybe? Scared the poop right outta me. I popped up quicker than our grand dog when someone yells, “Squirrel!” with my hand over my heart. Where the devil had that come from???

Okay, this was no cute little, almost invisible, critter. Nope. Around here we call these Farm Spiders. About an inch long with soul piercing eyes. I’ll tell you right now, I don’t squish  the big ones. If I have my vacuum handy I often invite them to the party in my Sears 4 HP Arachnid 7, but yesterday I was without my handy spider sucker. Sooooo – I went for my spider rescue kit. Ha! Bet you didn’t know I had one. Okay, I made this thing myself. It’s a plastic cup and a recipe card I got from an author who sends recipes if you sign up for her newsletter. It’s made of nice stiff, glossy paper and this one was for crab dip, I think. Anyway, here’s what you do.

1.    Approach spider (I know)
2.    Slap the cup over her (be quick here, spiders are amazing leapers)
3.    Slide card under cup
4.    Hang there for a second and calm yourself
5.    Lift cup, card and spider TOGETHER and carry outside
6.    Release spider onto the ground, not into the air as this can go very wrong with the spider perhaps wanting revenge and jumping onto your leg when you remove the card. Guess how I know that?

I followed this procedure precisely and all was well. Until I found the second one. On the kitchen screen. That must have been the first one’s husband. Somewhat bigger and able to escape while I was dealing with his wife. I could almost hear him, “Don’t worry, Blanche, I’ll come for you!”  As he’s dodging my feet, looking for the tall grass. Coward. It was the cup for the mister, too.

Tune in around Christmas for more adventures in Spider Land. Can’t wait to dig into the plastic bins of ornaments. I’ll have my Arachnid 7 handy.

Whew – what a month! I hope you’ve missed me. I didn’t even have time to announce a blog break. Summertime is like that. But here I am again and you’re  probably thinking I’m now going to assault you with “what I did on my summer vacation”. Right? Well – you nailed it. One assault coming up.

Ever driven in North Carolina or shot down a slalom ski run? Same thing. At least  that’s my take on the roads around Rumbling Bald Resort where this year's family reunion was held. Everywhere we went we encountered hairpin curves and sudden swings that made us wonder if we should have stuffed extra undies into the seat pocket. When you’re gasping and pop-eyed for most of the ride certain bodily functions can fail. I have great respect now for the NC hill country natives – those people are tough.

Among the more delightful aspects of the family reunion, however, were our visitors from abroad. Sweden to be exact. Six charming not-too-distant relatives flew over to join in the fun and festivities. They introduced us to myths and legends of the old country, prepared a sumptuous Swedish feast and delighted us by singing in unison their national anthem one sultry evening. Spoke perfect English, bestowed on us gifts, and got to know their American kin with good humor and affection. Doesn’t get much better.

Pounce! Our family card game of note. But I’ll bet you’ve never heard of it. In our family it has a longstanding history of fearsome games that go far into the night and can be learned and perfected in just a few hands. Which is what it tests – that – and your eyes.  Those two, the hands and the eyes, must  be super coordinated to win. It’s like double solitaire on steroids. Two of our Swedes, Folke and Marit, picked it up in no time prompting Folke to exclaim after he was able to yell “Pounce!”   “I am so happy!” If you want to learn how to play let me know. But be warned – it IS addictive.

When the hiking, boating, after dinner sing along, massive doses of food (including a best  pie contest), swimming, goodbye hugs and frantic packing were over, it was time to head home. And what luck – hubby and I got to take two of the revelers with us. My sister Shari (whom you  have read here) and our granddaughter Elaina were hauled along on the Road Trip back to NY. And because we didn’t get enough of good eating at the resort, we indulged at Waffle House, Chick-fil- A, and Wendy’s on the way home. In Elaina’s exact words, “The best eating day ever!” Oh, to be a teen again. The drive took 14 hours and, in spite of two pounding rainstorms and some road rage, no homicides were committed or even thought of. I’m pretty sure anyway.

At home we found a rip in the garden fence through which one, or several, deer helped themselves to the lush buffet they apparently thought we’d left for them. Stupid, ding dang critters! Beans wiped out, pumpkin vines obliterated, nibbles and crunches on broccoli and squash plants. Grrr. It took lots of wine and blueberry pie to recover from the devastation, but we all soldiered on. Shari’s blueberry pie with a butter crust was beyond awesome (see photo above) and will now be the go to fruit pie recipe in this family. White wine, excellent cheese, good crackers and therapeutic story sharing  also helped in the healing process. And some local gift shopping aided mightily as well.

The next two weeks were packed with activity including three birthdays, lots of pizza, the arrival of #2 son and another granddaughter, Lillie, from Washington state, more Pounce!, more eating, two trips to Saratoga for the horse races, swimming at Kinderhook lake, an awesome production of The Wizard of Oz at the local children’s theater (granddaughter Anna performed) and on and on. It all culminated with a five granddaughter sleepover at Grandma’s  house on Sunday night and Swedish pancakes, made by Grandpa, on Sunday morning. Then, in a sudden rush they were off to the airport or being picked up by parents. We kissed them all goodbye, waved them down the walkway with tired smiles and misty eyes as our shoulders slumped. Then I got ready for church and went and sat in peace to thank God for my exciting, exhausting, sweet, dramatic and blessed life. 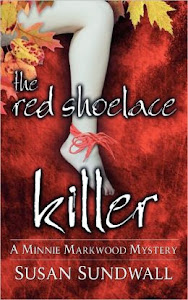 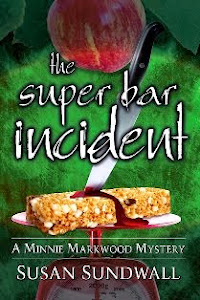 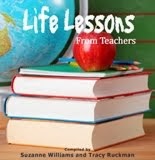